BETTY WOLFE
Betty Wolfe is a wife, mother, and has been a resident of Cuyahoga Falls since July of 1967. She’s a locally-trained artist with signature membership in Akron Society of Artists, Women’s Art League, Cuyahoga Valley Art Center and Whiskey Painters of America. Betty started oil painting classes with Jack Richard, and water media with Mark Moon at Cuyahoga Valley Art Center.
She’s painted landscapes with David Everson, portraits with Elinore Korow, experimental medium with Jean Deemer and many more instructors. She’s painted models with the Akron Society of Artists, and painted Native Americans in their regalia at the Cuyahoga Valley Art Center. At 84 years old she still shows work and keeps her skills updated by attending Mark Giangaspero’s mentoring studio. As Betty says, “I paint EVERYTHING.” 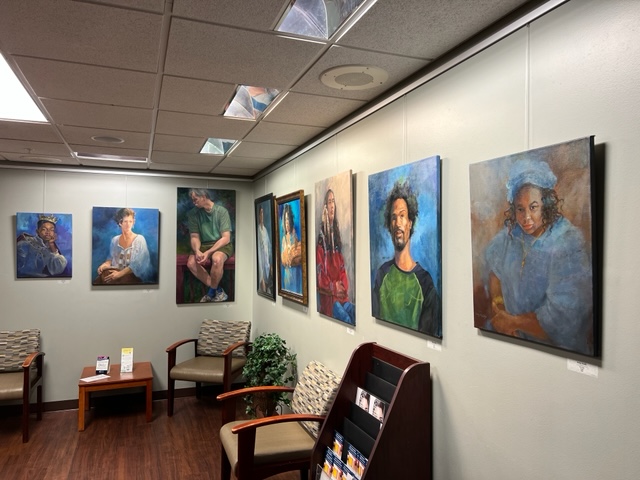 SUSAN MENCINI
Susan Mencini is a 1980 graduate of Cooper School of Art in Cleveland, Ohio, and studied at Kent State University. She married, never straying too far from creativity and art, yet raising a family took priority. In 2000 she became a volunteer and member of the Cuyahoga Valley Art Center on Front Street where she has taken numerous workshops and classes. In 2007 she began teaching there and currently teaches a fluid acrylics like watercolor class, an experimental acrylic/design class and an acrylic mentoring class for more advanced students. In the fall of 2021, she began her sixteenth year as the Artist in Residence at Cornerstone Community School in Tallmadge where she teaches over 100 students, kindergarten through fifth grade.
In college, Susan’s major was Printmaking and she has incorporated some of its processes into her paintings. She primarily uses acrylics, with a transparent watercolor application. Susan designed the postcard art for the annual Kaleidoscope Show held at Summit ArtSpace in Akron, Ohio, in 2006. She also had two paintings in the show, one receiving an Honorable Mention. In 2016 she won the coveted handmade glass Kaleidoscope via popular vote. This award led her to again design the postcard for the annual show in 2017. She has won numerous awards in various shows at Cuyahoga Valley Art Center and, in 2008 received first place for a body of work in the Artists of the Rubber City annual show.  In June 2021, she held her third one-woman show at the Akron Woman’s City Club. Susan is a member of Cuyahoga Valley Art Center, Artists of Rubber City, Ohio Collage Society and an associate member in the Ohio Watercolor Society with a goal towards signature membership. 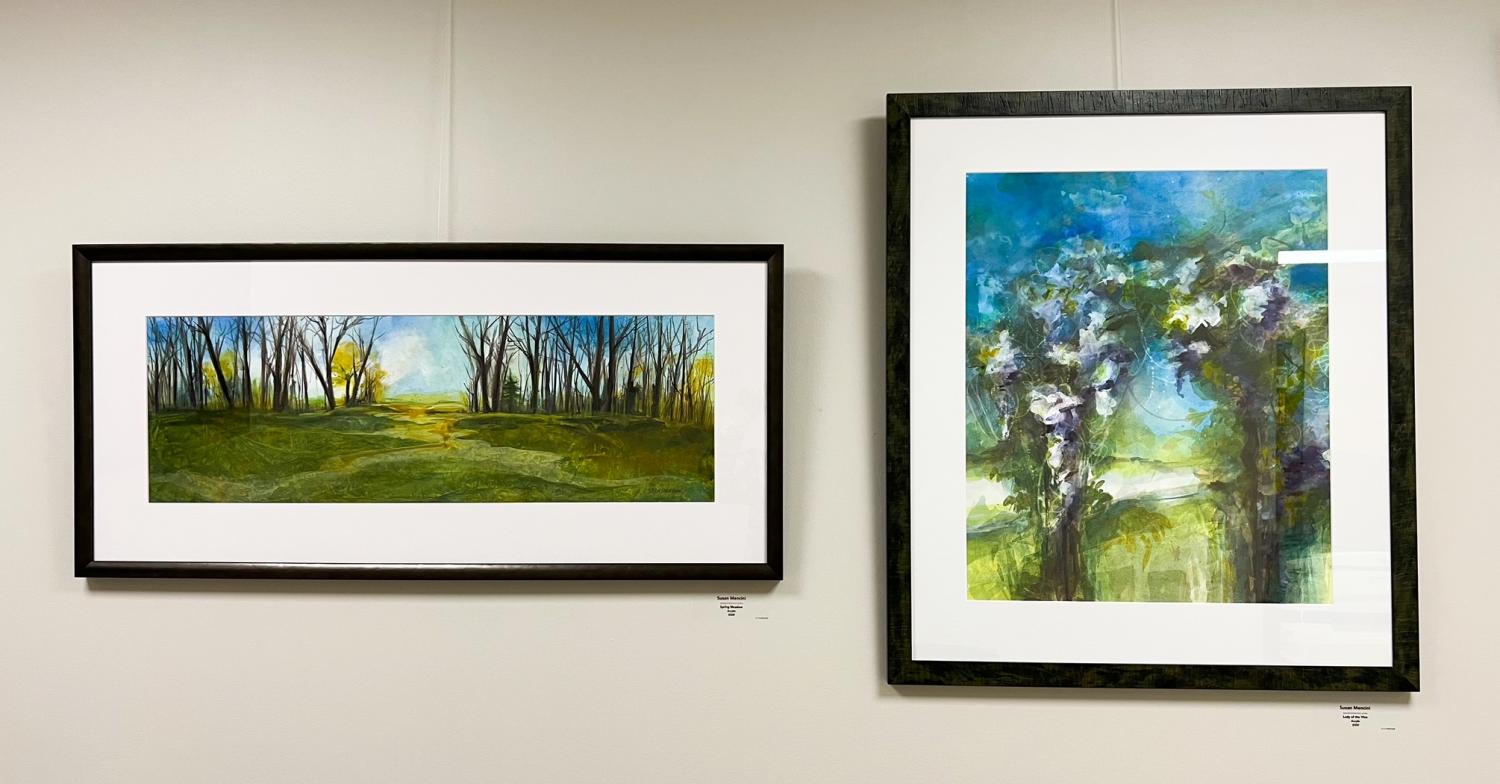